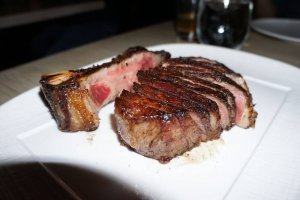 Knife, in the Lower Greenville area of Dallas, began by building relationship with ranchers and farmers in Texas to be sure they used the best sourced meats available.  Using unusual items like Akaushi beef, ox tail, pork belly and pig heads, they truly stand apart from other steak houses.  With a Sommelier on staff, they offer over three hundred choices of wine.

Executive Chef, John Tesar received a compliment from Anthony Bourdain as he described him as “the single most talented cook I ever worked with”.  Chef Tesars’ roots started in New York City working for several top restaurants including Hell’s Kitchen.  Moving to Dallas, he opened two acclaimed restaurants and was featured in several publications raving about his work.  He was even a contestant twice on Bravo’s “Top Chef”.

Their popularity is reflected in their almost four hundred positive posts on the world wide web.  They have over a four-star rating with those posts.

Nick and Sam’s is an uptown steakhouse in the Oak Lawn area of Dallas, Texas.  Opened in 1999 by Phil Romano, Nick and Sam’s has become one of the most popular steakhouses in Dallas. 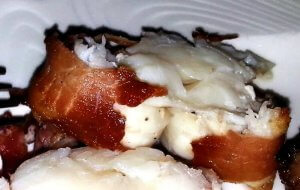 Owner, Phil Romano, is a serial entrepreneur.  He is an investor, nationally-renowned restaurateur and an artist.  He began his artist career over thirty years ago never selling a piece until 2008.  He can now say he has sold over one million dollars of his artwork.

He was one of the original investors of the Palmaz-Schatz stent which revolutionized coronary angioplasty.  It is said he sold the licensing rights to Johnson & Johnson which the stent business is now a six-billion-dollar industry.

The other owner of Nick and Sam’s is Joseph Palladino who is a very respected restauranteur in the industry.  He brings over forty years of experience.  Joseph entered the restaurant industry after he was injured as a police officer in New York.

He spent some years in Las Vegas turning failing restaurants into successes.  Since opening Nick and Sam’s he opened and sold and upscale nightclub.

I can see why they have close to nine hundred exceptional reviews online. 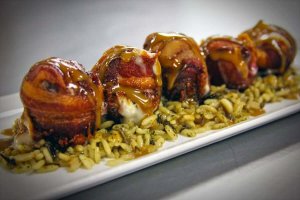 Y O Ranch Steakhouse is in the West End, Downtown, Dallas.  They specialize in cooking their meats using the same methods as ranch hands have been doing for one hundred and twenty-five years.  They use their own brand of spices and herbs to season the meat and char them on a flat top griddle then top with their secret sauce.

They use the meats from their own forty-eight-thousand-acre ranch.  They even offer game birds, venison and buffalo filet mignon.  You can add fresh seafood to your meal like shrimp, tilapia, salmon, lobster and fresh fish.

Y O Ranch Steakhouse is a tribute to the Y.O. Ranch that was first founded on the Gulf Coast in the early 1840’s belonging to the Fulton Family.  In 1880, Captain Charles Schreiner, an immigrant from Alsace-Lorraine bought the Y.O. Ranch.  This ranch has been with and operated by the family for six generations.

A native Texan, Chef/Proprietor, Tony Street started in the restaurant business as a teenager working for his uncle.

They have over fourteen hundred posts on the internet and a strong four-point-six-star-rating.  This is one place to put on your bucket list next time you are in Dallas. 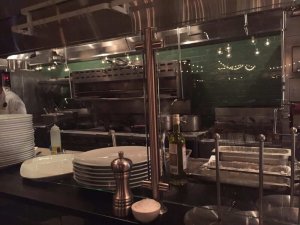